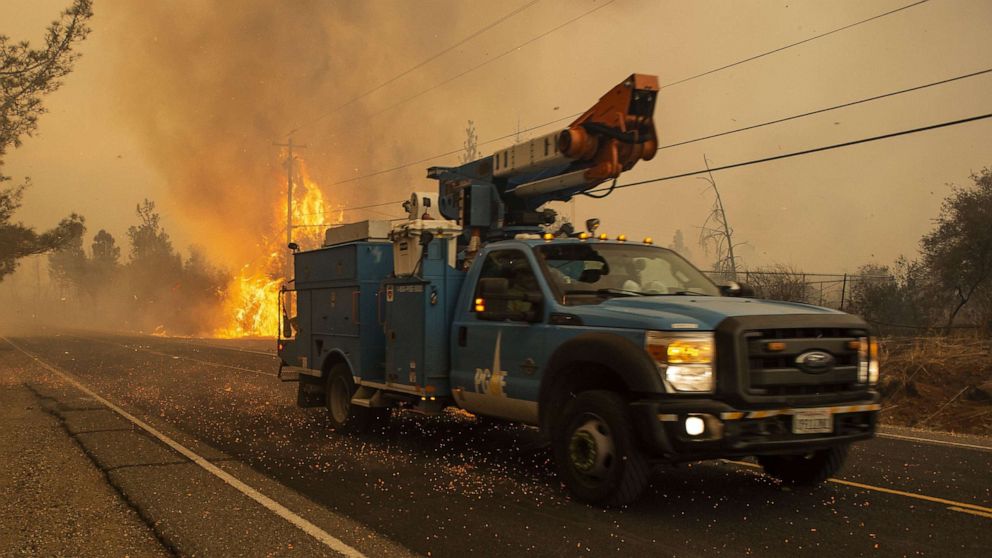 With strong, dry winds expected to tear through vast portions of California on Wednesday, the power supply to more than 800,000 homes may be turned off by Pacific Gas and Electric as part of an effort to reduce the risk of wildfires.

The raging winds, referred to as “Diablo winds,” will be coming from the northeast at 20 to 30 mph, with gusts as high as 55 mph.

PG&E warned many of its customers they should expect to be without power early Wednesday morning through Friday morning, as weather models show the winds may be the strongest the area has seen in nearly two years.

“This is shaping up to be one of the most severe dry-wind events we’ve seen in our territory in recent years, and we want our customers to be prepared for an extended outage that may last several days,” Michael Lewis, senior vice president for PG&E Electric Operations, said in a statement. “We want our customers to be aware that, based on this number, it could take several days to fully restore power after the weather passes and safety inspections are completed.”

San Francisco’s BART commuter rail system told riders it doesn’t expect a disruption in service, adding that it’s been working closely with PG&E for the past several months to prepare for a planned outage. BART said its train operations have the “flexibility to pull power from other sections of our traction power supply system to replace power … and critical systems such as tunnel fans are also protected by a combination of installed and portable generators.”

PG&E said it will continually update customers through calls, texts and emails, as well as via social media and wider media reports.

Customers have been encouraged to stockpile a week’s worth of food and water and have plenty of batteries to keep electronics fully charged.