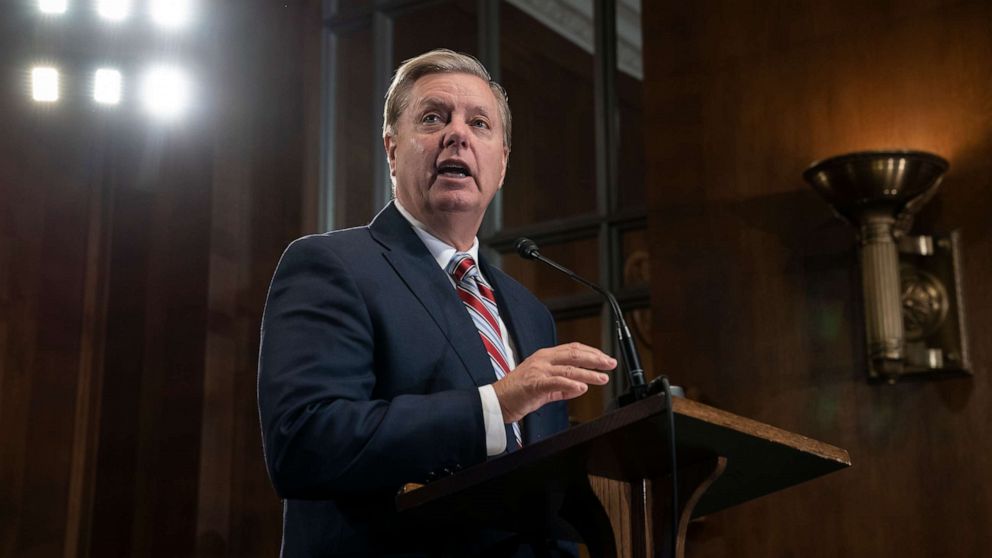 GOP Sen. Lindsey Graham a longtime advocate for comprehensive immigration reform on Wednesday rolled out new legislation that he says is “designed to stop the humanitarian crisis” at the U.S.-Mexico border.

His bill focuses exclusively on immigration from Central America.

“A wall will not fix this,” Graham, the chairman of the Senate Judiciary Committee, said at news conference.

Graham is usually a strong ally of President Donald Trump, who built his 2016 campaign on a promise to build a wall along the southern border, but has struggled to follow through on his promise in the two years he has been president.

“No matter how high the wall will be built … no matter how many agents you put at the border, they’ll keep coming because they want to get caught,” Graham said.

Graham’s proposal would change current law by prohibiting asylum claims at the U.S. border and requiring asylum applicants from Central American countries of Guatemala, Honduras, and El Salvador to apply for asylum in their respective countries.

“Word is out on the streets in Central America that if you bring a child with you – regardless of whether or not it is actually your child – America’s laws can be manipulated to allow you to stay in the United States,” Graham said.

His legislation would also modify U.S. law to allow families to be held together up to 100 days in the U.S. while making their asylum claims, while the current limit is 20 days.

His legislation would require unaccompanied minors from Central America to be returned to their home countries of origin.

It would also add an addition 500 new immigration judges to reduce the backlog of cases.

“If we do these four things, then the incentive created by our laws will cease to exist, and this humanitarian crisis will begin to repair itself,” Graham said.

His announcement comes just one day after President Trump’s son-in-law Jared Kushner and senior adviser Stephen Miller attempted to sell a “unified message” on immigration ahead of the 2020 election to Senate Republicans during a caucus lunch on Tuesday.

The president and nearly 20 Senate Republicans, including Graham, are running for re-election in 2020, and many senators on the ballot are hoping to deliver on immigration policy.

Details on the administration’s plan are sparse, but their plan focuses on border security and legal immigration, according to senators who were in the room for the briefing.

“I don’t think it’s designed to get Democratic support as much as it is to unify the Republican Party around border security,” Graham said after the lunch Tuesday.

Republican officials told ABC News that Kushner did not have clear answers to some pointed questions from the Republican group of senators on Tuesday, which prompted Miller to interrupt and take over the conversation.

“It was awkward,” a legislative aide told ABC News.

Another source characterized the meeting with Kushner and Miller as a “gigantic waste of time.”

But publicly, Republicans emerged from the meeting commending the duo for their presentation.

Graham said his plan is trying to “solve a problem” and it’s his understanding the president is likely to support his legislation.

It’s unclear at this point if Democrats are on board with Graham’s plan.

Later in a statement to ABC News, Durbin doubled down.

“Any immigration proposal that is harsh on children seeking asylum and does not address the root causes that are forcing them to flee their home countries will fail to stem the flow of migrants and is a nonstarter,” he said.