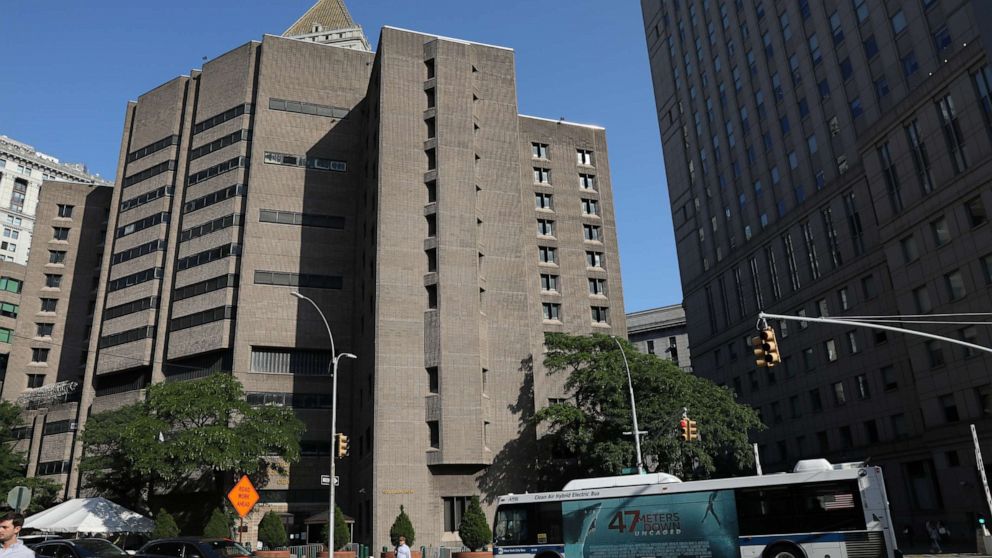 Barr ordered the staff shakeup amid investigations by the Federal Bureau of Investigation (FBI) and the U.S. Office Inspector General into the circumstances of the multimillionaire sex offender’s death by suicide.

“Today, the Attorney General directed the Bureau of Prisons to temporarily assign the warden at the Metropolitan Correctional Center in New York to the Bureau’s Northeast Regional Office pending the outcome of the FBI and OIG investigations into the apparent suicide of Jeffrey Epstein, a former MCC inmate,” Kerri Kupec, a spokesperson for the Department of Justice, said in a statement.

The Bureau of Prisons also placed two MCC staff members who had been assigned to Epstein’s cell block at the time he was found unresponsive in his cell on administrative leave, pending the outcome of the investigations, Kupec said.

The moves are generally considered routine in such investigations, a source familiar with the circumstances told ABC News.

The order comes one day after Barr raised alarm about “serious irregularities” at the MCC prison and decried the facility’s “failure” in being able to secure Epstein.

“We will get to the bottom of it, and there will be accountability,” Barr said in remarks to law enforcement in New Orleans Monday.

Law enforcement sources told ABC News Tuesday that Epstein hanged himself in his cell. The two guards who were assigned to the Special Housing Unit where Epstein’s cell was located were both working overtime, according to sources, and reportedly did not follow the protocol requiring them to check on Epstein every 30 minutes.

Officials also tell ABC News that part of the investigation into his death centers around why Epstein was not assigned a new cellmate after his previous cellmate was transferred out in the hours before Epstein took his own life.

In recent weeks, the correctional officers’ union has complained of understaffing. Those gripes are now part of the investigation into whether the 30-minute checks were happening, sources said.

A source familiar with conditions at MCC told ABC News that recently, the Bureau of Prisons had to bring in staff to the MCC from other facilities because of understaffing at the prison. The source said the agency even went so far to list the facility as “hard to fill.”

Epstein, who was being held at the jail without bail, was found unresponsive in his cell around 6:30 a.m. on Saturday, the Bureau of Prisons said. He was transported in cardiac arrest to a Manhattan hospital, where he was pronounced dead, according to sources.

Epstein’s death angered many of his accusers, who said they wanted him to be found accountable for the alleged sex abuse he subjected them too, including some when they were minors.