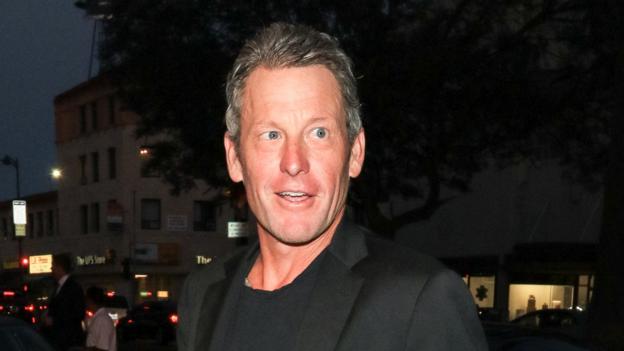 Lance Armstrong says an early investment in Uber has “saved” his family after paying out $111m (£86.8m) in legal fees and settlements.

The American, 47, was stripped of his seven Tour de France titles and banned from cycling for life in 2012 before admitting to using performance-enhancing drugs.

However, he said he felt he did not “get off scot free” as other settlements and legal fees meant he had to pay $111m in total.

Armstrong, who has five children, did not say how much he had earned from his Uber investment but added it was “too good to be true”.

He added that he did not even know he was investing in Uber when he gave the money to associate and entrepreneur Chris Sacca, who started Lowercase Capital in 2010.

‘The way I acted was my undoing’

Armstrong retired after winning seven straight Tour titles from 1999 to 2005, finishing third in his comeback in 2009 before retiring again in 2011.

The US Anti-Doping Agency (Usada) subsequently found Armstrong had led “the most sophisticated, professionalised and successful doping programme that sport has ever seen”, with the Texan admitting in 2013 he had used drugs throughout his career.

Yet Armstrong said it was how he conducted himself and not just the fact he cheated that led to his downfall.

“Most people have enough history and knowledge to know everybody did it [doping],” he said.

“That isn’t the issue for people – the issue is how aggressively I defended myself, being litigious, going after people.”

Armstrong agreed a settlement with The Sunday Times in 2013 having previously been paid to settle a libel case in 2004 after the newspaper alleged he had cheated.

“Whether or not I would do it all over again – what I would rather do is go back and win seven in a row against everybody else that’s drinking water and eating bread,” he said.

“Even if I did all that [doping] but I was a gentleman and I had class and dignity and treated people with respect, they would’ve let me off.

“Nobody would’ve come after me. I insist that it was the way I acted that was my undoing.”