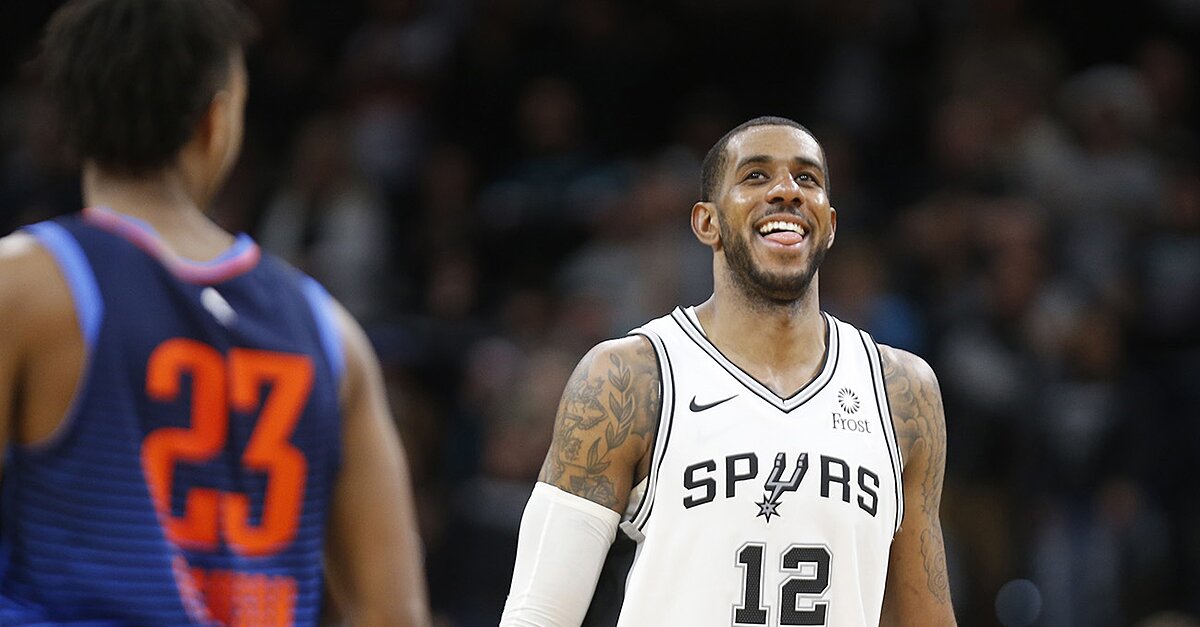 The Spurs and Thunder couldn’t fill up the box score any more.

San Antonio opened its 154-147 win by setting the NBA record for the most consecutive makes from three before a miss. To say the Spurs were hot was an understatement. Marco Belinelli and Davis Bertans were flamethrowers from beyond the arc to help San Antonio make its first 14 threes.

However, despite literally being unable to miss from distance, the Spurs couldn’t pull away.

The 10-point lead they brought into the second quarter was no match for a Thunder team riding a two-game losing streak.

On the back of another Russell Westbrook triple double, Oklahoma City refused to let the Spurs and their sharpshooters get away. So as Westbrook piled up a career-high 24 assists (and only three turnovers), the teams engaged in a back and forth.

NADKARNI: NBA Free Agency Is Not Always Your Friend

Each time San Antonio’s lead started to balloon to 15 or 16, the Thunder cut it back to single digits. And then the Spurs would respond. And then Oklahoma City would have an answer for that response.

Yet as the Spurs looked to close things out, their attention went away from the three-point line, and to the inside, where LaMarcus Aldridge could not be stopped.

The six-time All-Star put together one of the best games of his career and easily the best game of this season against a Thunder defense that has been the best in the league this season.

As San Antonio looked to close things out in the fourth, his baseline turnarounds were too much for a depleted Oklahoma City frontcourt that was without backup center Nerlens Noel, and without Steven Adams for a stretch late, when he went to the locker room with an injury.

Yet, the Thunder threw just enough double teams at Aldridge, and Westbrook saw just enough open shooters—like when he found Terrance Ferguson behind the line and across the court with less than a minute left to tie the game at 126—to keep the Spurs working.

MAHONEY: The Spurs Are Changing Their Fortune—One Stop at a Time

After a lob to Jerami Grant sent the game to overtime, Aldridge continued to keep the home team one step ahead. He had six of the team’s 11 points in the first overtime, but another Westbrook assist to a cutting big man—this time Adams—extended the game.

In the end though, Aldridge was too much. There was a questionable technical foul called on Paul George and another call that negated a potential four-point play for Oklahoma City, but the final difference maker was Aldridge.

FISCHER: For NBA Free Agents, the Stretch Provision Comes With Cash and Complications

In his first career 50-point game, he finished with 56. But in addition to bullying anyone not named Steven Adams when around the rim and hitting almost every mid-range jump shot he could, he was connecting on free throws.

He went 16-for-16 from the line and helped the Spurs ice the game when it was finally time to end the night.

When the game ends 154-147, it’s hard to say somebody should have done more, even on the losing team. You just look in awe at what they did do, and hope Saturday’s rematch will be just as entertaining.