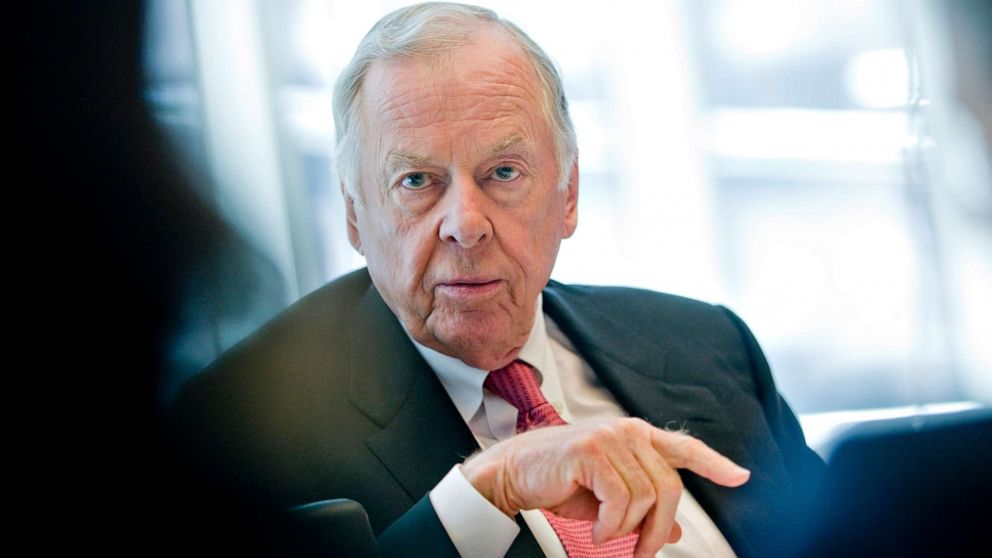 T. Boone Pickens, a self-made oil tycoon and venture capitalist from Texas, died on Tuesday at the age of 91, according to his website.

Pickens died of natural causes at his Dallas home with his family by his side, spokesman Jay Rosser told the website.

The longtime Dallas resident and icon was born in Holdenville, Oklahoma. He is survived by five children and 11 grandchildren.

Pickens founded what later became Mesa Petroleum in 1957, and left it in 1996 to form the energy-focused investment firm BP Capital. During this time he gained a reputation for being a fighter for shareholders rights.

He also gained widespread attention for launching a self-funded campaign in July 2008 aimed at reducing America’s dependence on OPEC oils, arguing it could threaten the nation’s economy and national security. He spent $100 million of his own money on the campaign.

A younger generation may remember him for his famous twitter clapback to the rapper Drake, who wrote “The first million is the hardest.” Pickens wrote back, “The first billion is a helluva lot harder.”

The first billion is a helluva lot harder RT @Drake: The first million is the hardest.

Pickens was also a longtime supporter of his alma mater, Oklahoma State University and contributed more than $500 million to the school over the years, according to ABC Dallas affiliate WFAA. The school’s football stadium is named after him.

In addition to his generosity towards OSU, Pickens was also a famous philanthropist through his own foundation, the T. Boone Pickens Foundation, which he founded in 2006. His philanthropic impact reached almost $2 billion total through matching initiatives, according to his website.

“Nobody has done what Boone did,” Steve Taylor, retired chief justice of the Oklahoma Supreme Court, said in a statement for Boone’s obituary posted on his website. “He wanted to enjoy the fun of giving away money, and seeing what happened with it. Scholarships. Football stadiums. Engineering schools. Hospitals.”