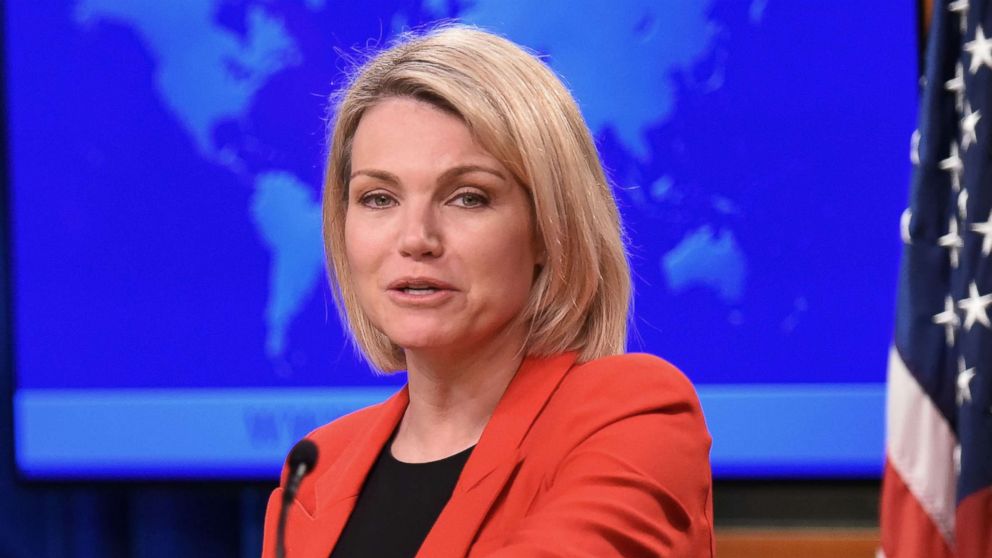 President Trump is expected to name Heather Nauert as the administration’s nominee for the next U.S. ambassador to the United Nations as soon as Friday, ABC News has confirmed.

Nauert has been the State Department spokesperson since April 2017 after a career as a broadcast journalist at ABC News and an anchor at Fox News.

After Secretary of State Rex Tillerson was fired, she was promoted to acting under secretary of state for public diplomacy and public affairs, but she lost that title, while retaining the responsibilities of the position, in October because she was ‘acting’ for too long.

Nauert would replace Nikki Haley, the former South Carolina governor who has been a vocal advocate for U.S. foreign policy in New York. Haley announced she would leave the post in October after completing two years in the cabinet-level position, exiting on her own terms and with few public spats with the president.

While Nauert entered the administration under Tillerson, she never gained his trust or traveled with him, perceived by his inner circle as a spy for the White House, according to sources close to Tillerson. She is personally close with Trump’s daughter and son-in-law Ivanka and Jared Kushner, who serve as senior advisers at the White House, as well as Tillerson’s successor Mike Pompeo.

Since Pompeo became the top U.S. diplomat, Nauert has traveled on nearly all of his trips and been a close adviser.

She’s won some praise as spokesperson, at times deftly managing questions on the daylight between Tillerson and Trump or last-minute policy changes in the form of presidential tweets. But she’s also been criticized for cutting back on department briefings. What was once a daily occurrence and lasted on average 45 minutes is now less than once a week and averaging little over a half hour.

There have been other press restrictions under the Trump administration, including the number of journalists allowed to travel with Tillerson and Pompeo.

Critics also say that after less than two years at the State Department, she does not have enough experience for a role that was once filled by academic figures and marquee names in U.S. foreign policy like Adlai Stevenson, Jeane Kirkpatrick, Daniel Patrick Moynihan, and Madeleine Albright.

“Our country needs a far more experienced voice in this, the biggest of world stages at this most uncertain and unstable of times,” said Brett Bruen, a former diplomat who served as director of global engagement in the Obama administration.

“She’s been a supporter for a long time, and she’s really excellent,” Trump said of Nauert in November, when her name surfaced a likely replacement for Haley. ABC News reported at the time that Trump had offered her the job, and one source said the delay in the official announcement was the vetting process required for Senate-confirmed roles.

Nauert met President Trump at the White House in November twice to discuss the role, two sources told ABC News. He reportedly wanted another woman to take on the role, although it’s unclear if the position will remain in the cabinet. It was under Presidents Obama and Clinton, but not under either President Bush.

Nauert will first have to face a Senate confirmation hearing and be confirmed by the full Senate.