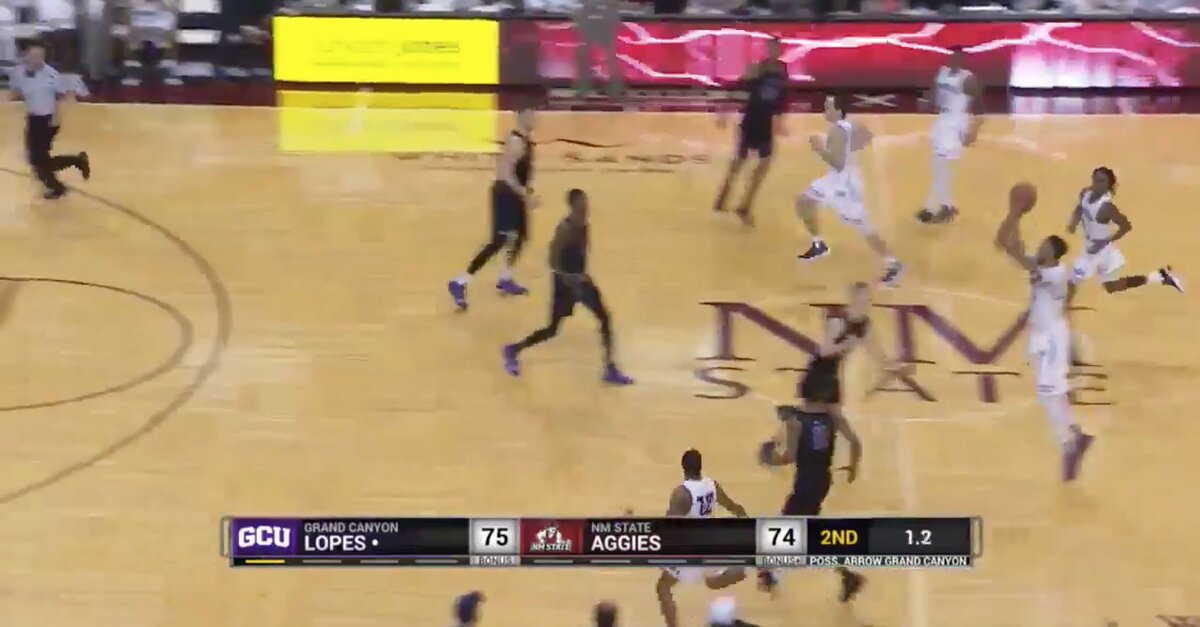 Johnny McCants called game from beyond half court.

The final 30 seconds of Thursday’s game between New Mexico State and Grand Canyon were just as wild as they could possibly be.

Trailing 74-71, Grand Canyon’s Damari Milstead got a bucket to cut the lead to one. He then got a steal, and another bucket to put his team ahead in the waning moments.

With less than 10 seconds remaining, New Mexico State’s Terrell Brown ended up at the line with a chance to tie or go ahead with two free throws. But, he missed both, forcing the Aggies to foul.

However, Grand Canyon was only in the single bonus. So when Trey Drechsel went to the line, the pressure was on him to ice the game. He missed the front end, and Johnny McCants of New Mexico State came down with the board.

The half-court buzzer beater gave the Aggies their first WAC win of the season and handed the visiting Antelopes their first conference loss.

McCants finished second on his team in scoring with 17 points in the 77-75 victory.